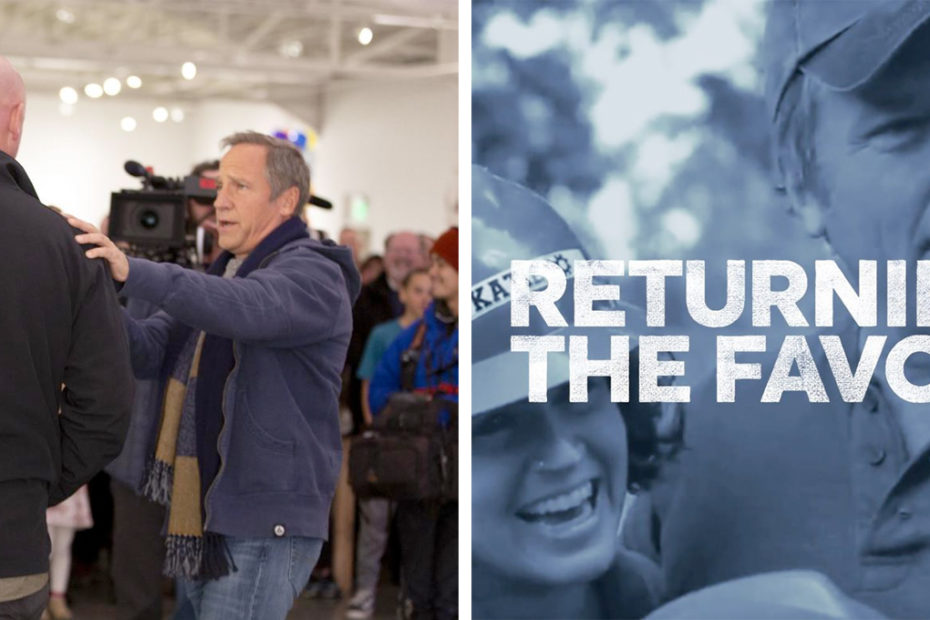 What a night to remember! TV icon and ‘Dirty Jobs’ Mike Rowe came into town to surprise Drew and the Furniture Project.

Unknowingly of the surprise to come, the film crew came into Omaha in the morning. Shortly after arrival they met with Drew at the storage units loading up and preparing for the day ahead. After getting to know Drew and the project they headed out into town for some deliveries of furniture to families.

Later in the afternoon everyone went to the fire station that Drew works at so everyone could have a ‘Meet-and-greet’ with Mike and the film crew. Shortly after that Drew, Mike, and a producer jumped into a truck heading towards Kaneko – located in downtown Omaha. 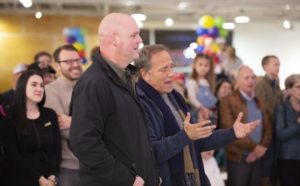 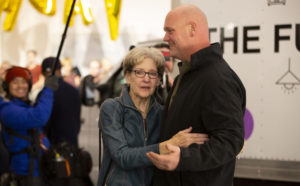 Upon arrival Drew was met with a surprise birthday party! Family, friends, co-workers, and other community members were at attendance. Mike Rowe then revealed that it was all a set up so the Furniture Project will be featured on an upcoming episode of his new web-series ‘Returning the Favor’. The Furniture Project was rewarded with a brand new box truck to help with deliveries along with other thoughtful gifts towards the organization.

Stay tuned for the episode of ‘Returning the Favor’ featuring the Furniture Project.